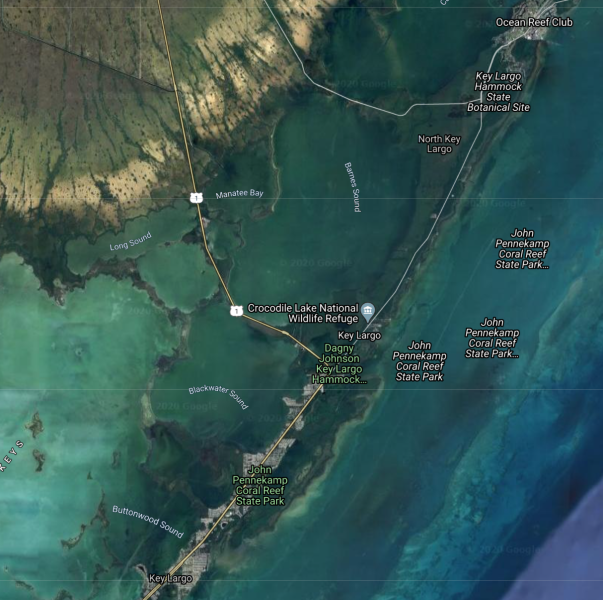 Ahhh, the Florida Keys, where life is a breeze...

We begin our 100 mile adventure in Key Largo, the first island off mainland Florida, connected by one primary route - US Highway 1 and one bridge - Jewfish Creek Bridge.

At 33 miles, it is the longest in the chain of islands leading to Key West.

Once known as Rock Harbor, it was renamed Key Largo after the popular 1948 movie classic, starring Humphrey Bogart, Lauren Bacall and Edward Robinson. A local bar, the Caribbean Club, provided the locale for some of the movie’s scenes. 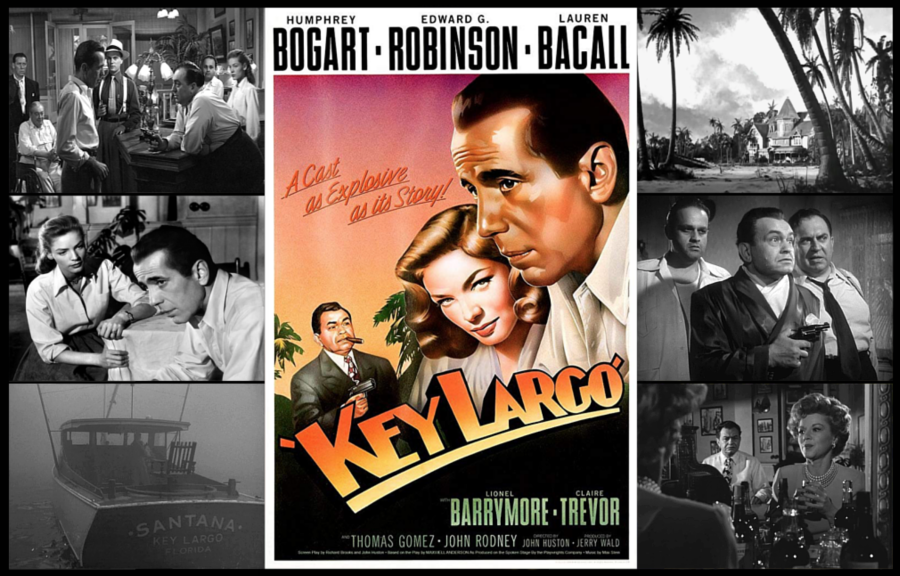 Bogie’s presence is visible even today in Key Largo. The century-old steam-powered vessel from another of his epic films, “The African Queen,” is still available for canal and dinner cruises.

Key Largo is the largest city of the Upper Keys, with stores for every day living to serve its 10,000 year-round residents. These are combined with businesses focused on tourism featuring an abundance of resorts, restaurants, bars, and marine attractions.

Flanked by the Everglades National Park to the west, Key Largo is a premier destination for kayakers, birders and other eco-tourists.

To the east is the continental United States’ only living coral barrier reef, and earning recognition as the Diving Capital of the World. Six miles offshore in the Florida Keys National Marine Sanctuary is the Spiegel Grove shipwreck, a 510-foot former US Navy ship intentionally scuttled in 2002.

With the exception of surfing, the flat waters surrounding Key Largo are perfect for just about any above-water activity: sailing, boating, Jet Skiing, and fishing.

The primary attractions of the park are the coral reefs (such as Molasses Reef) and their associated marine life. Pennekamp is the most popular in the Florida State Parks system, with more than a million annual visitors.

In the late 1950s, citizens were growing concerned of the damage occurring to the reefs along the Florida Keys. Seashells, corals, sponges, sea horses, and other marine life were being hammered, chiseled, and even dynamited from the reefs to provide souvenirs for tourists.

Dr. Gilbert L. Voss of the Marine Institute of Miami and John D. Pennekamp, an editor with the Miami Herald, teamed up to lead a fight to protect the reefs from further damage.

Pennekamp had strong credentials for the fight. He had been active in establishing Everglades National Park, had been the first chairman of the Florida Board of Parks and Historic Memorials, and had been a consultant with the United States Fish and Wildlife Service.

Florida Governor Leroy Collins later changed the name of the park to John Pennekamp Coral Reef State Park, in recognition of his efforts to save marine life.

The reefs may be viewed from glass-bottom boats, snorkeling, and scuba diving. Other activities available in the park are canoeing, kayaking, fishing, hiking, swimming and wildlife viewing.

The well known statue was donated to the Underwater Society of America in 1961 by Italian scuba entrepreneur Egidio Cressi and placed in its current location in 1965.

Adjacent to this is the Florida Keys National Marine Sanctuary covering 178 square nautical miles. Both areas were designed to protect marine life, including the extensive coral reefs in the area.

Key Largo is also known around the globe for its dolphin therapy programs. Children and adults from several continents have sought out dolphin therapy through Dolphins Plus and the not-for-profit Island Dolphin Care.

Speaking of dolphins, back in the mid-60’s, there was a tv show called “Flipper” - it told the adventures of the Chief Warden at Coral Key Park and Marine Preserve, his two young sons, and their pet, a bottlenose dolphin. Flipper was incredibly intelligent and often rescued the boys from perilous situations. 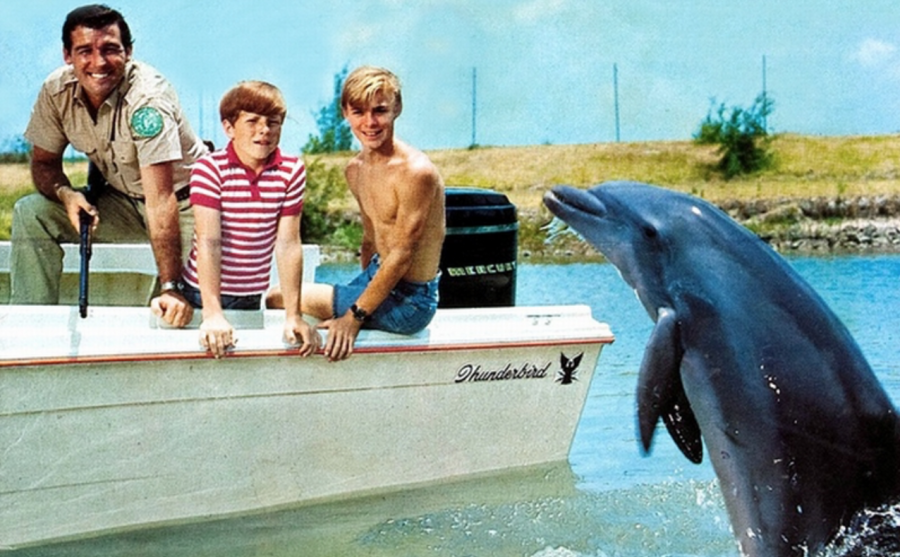 Though the television show was filmed in Miami, Key Biscayne, and Nassau, the program was set in the Keys, and Coral Key Park was the fictionalized version of Pennekamp State Park.

It was every young boy’s dream at the time to swim and play with Flipper, myself included.

So imagine the thrill when my family moved to Clearwater, Florida in 1968 and right there in the backyard of our house on the water, we would often see Dolphins playing in the bay.